There are many stories of seeds flourishing into wonderful things, from the tall tale about Jack's beanstalk to that beloved American yarn about Johnny Appleseed. This story about seeds, however, is ours.

At the turn of the last century, Emil Welke emigrated from Germany to the U.S., where he met his bride, Emma. He carried with him seeds from a Cyclamen plant, the little pods tucked safely away in his pocket. Together, he and Emma started what would eventually become Welke's Milwaukee Florist, opening a shop and greenhouse on 11th and Capitol. Soon, Welke's had expanded to a location on Garfield, before opening another one on North Avenue in the 1950s, and yet another in Elm Grove in the 1970s.

The shop passed through the generations - five, to be precise - from the Welke's daughter Margaret and her husband Jack Lang to their sons, Bill and Curt, to Bill's son, David, and finally to his daughter, Nikki. Along the way, the business went from being called Welke's House of Roses to Welke's Milwaukee Florist because, of course, the shop had long ago come to sell far more than just roses.

And what about those Cyclamen seeds buried deep in Emil's pocket? Under his care, they blossomed. So much so, in fact, that other growers would sneak over to steal clippings, wanting to reproduce the novel plant for themselves. They didn't know that Cyclamen don't grow from clippings, only from seeds. That was known only to Emil, who carried his know-how over from Germany, along with the seeds to the Cyclamen plant.

For more than a century, the Welke family has been cultivating flowers and plants, passing down their deep appreciation for both, along with their expertise, through the generations. 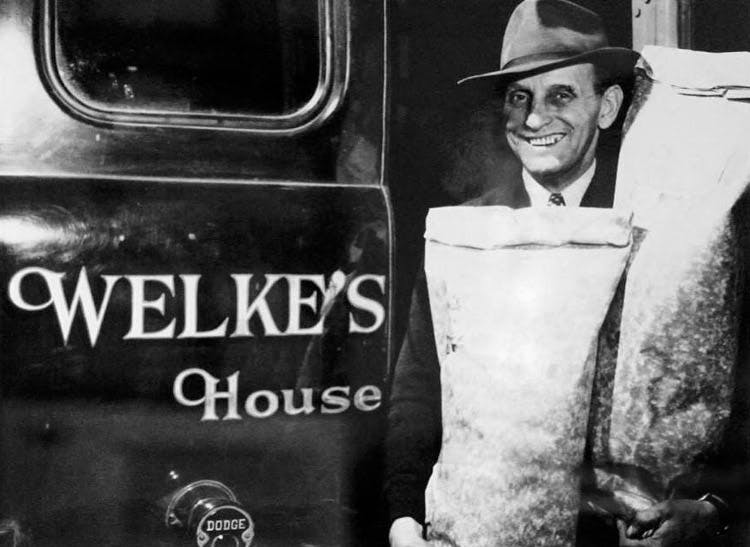 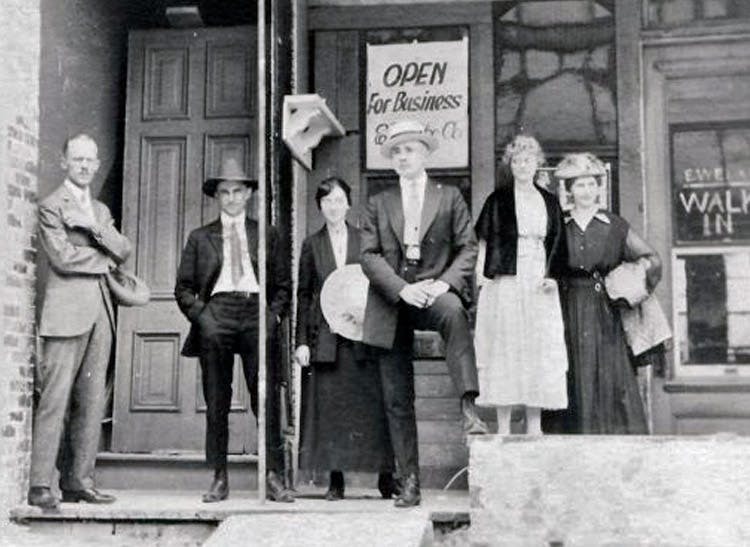 The whole Welke family stands at the stoop of their first shop, circa 1910 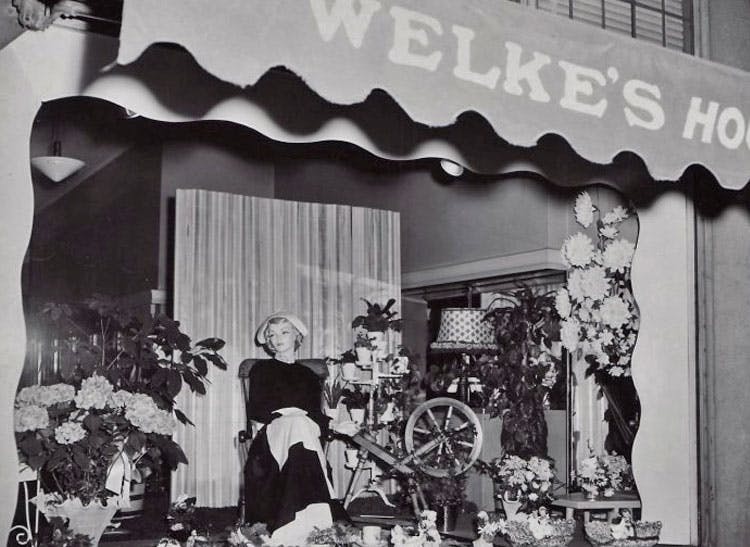 View through the picture glass of one of our vintage locations, circa 1940 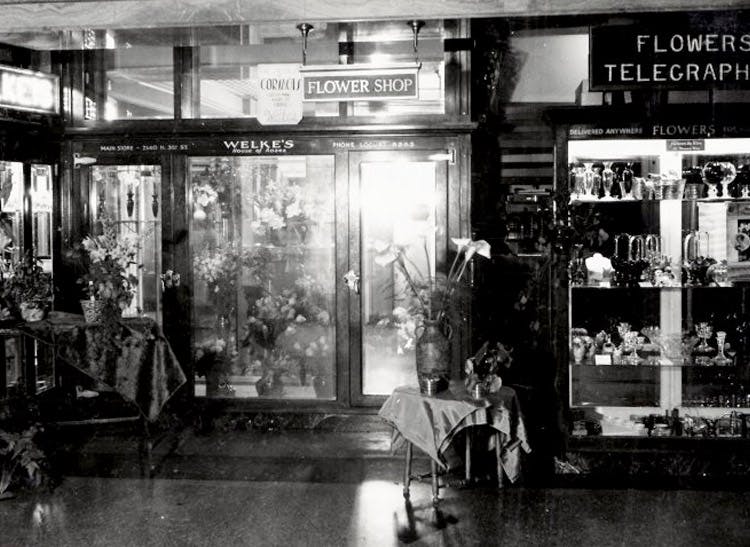 A sign promotes flowers and telegraph services near a glass cooler 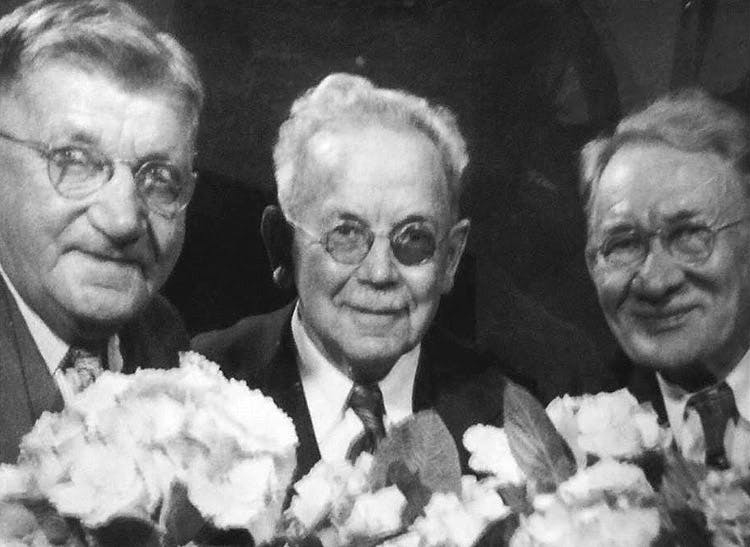 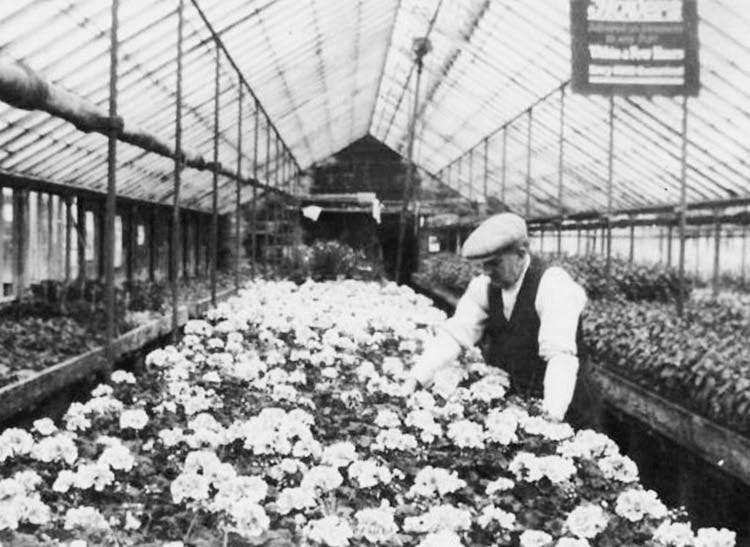